The path around the Betoño lagoon and its surroundings brings us close to a unique ecosystem, associated to water, which is home to a large variety of aquatic birds and other species of fauna, some in risk of disappearance. The aquatic vegetation is equally valuable in this environment, and some species of flora are rare or very infrequent.

The panels that you will find along the path describe the most characteristic species of flora and fauna that are found in this area such as coots, grebes, great reed warblers, agile frogs, reed grass, greater pond sedge, marshmallows, etc. 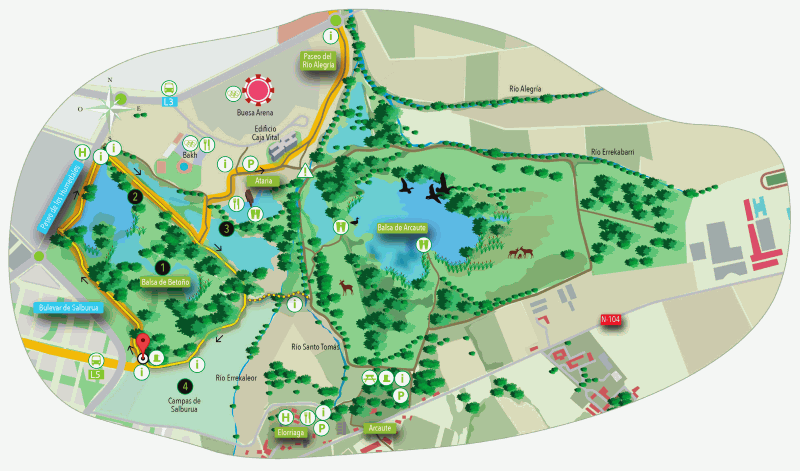