River Zadorra, in Gamarra - A river for Vitoria-Gasteiz

The first section of the River Zadorra as it passes by Vitoria-Gasteiz, from its convergence with the River Alegría to Gamarra Mayor/Gamarra Nagusia, is an ideal place for walking. With an approximate surface area of 10 ha, this space has 2700 m of pedestrian paths and cycling lanes, which can be continued along through the sports centre of Gamarra.

The proposed walk runs along the new flood channels created beside the River Zadorra to collect the overflowing water from the river during periods of strong rain, thus preventing the flooding of the industrial area of Gamarra. 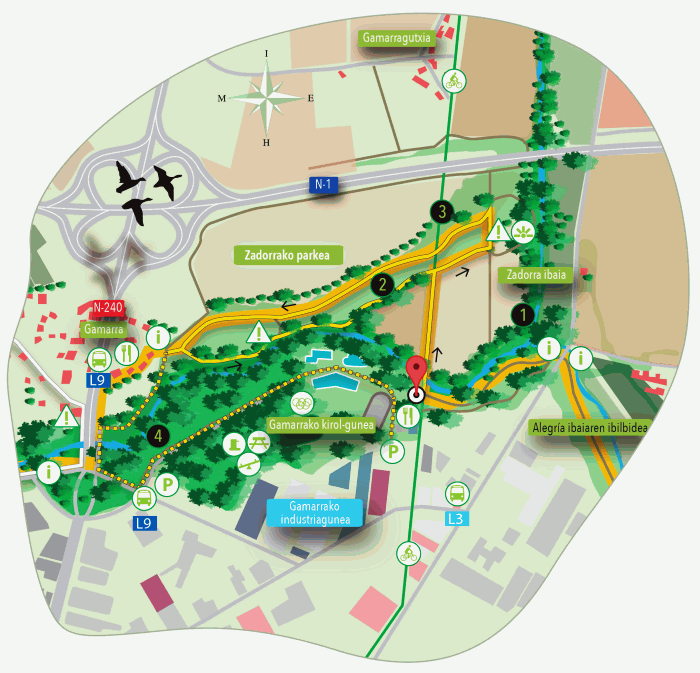 In various sections the path can be flooded, meaning that extra precaution must be taken.