This path, along with the River Zadorra, allows us to immerse ourselves in the rural environment and to visit villages which, despite their proximity to the city, have been able to largely preserve their rich historical heritage and their cultural identity: Abetxuko and Gamarra Mayor/Gamarra Nagusia.

The Urarte Vegetable Gardens, on the right-hand bank of the River Zadorra, make up an important attraction of the walk. In this space, citizens and collectives carry out horticultural work in the best environmental and social conditions. 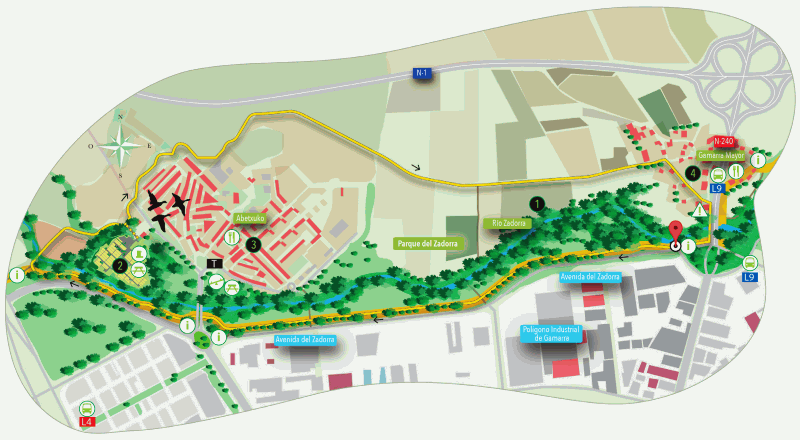