Little is left of the old gravel pit that used to be here until the 1990s. After the remodelling and ecological and landscape improvements carried out, Zabalgana Park is currently a space of high natural value, right beside the Zabalgana Neighbourhood.

The walk through this park is very varied, as in just 4 kilometres we can cross extensive meadows, small forests, lagoons, small hills and a gall-oak forest, home to a variety of fauna and flora. Several resting areas and a network of paths provide full enjoyment of this location which, surrounded by houses, factories and crop fields, is a true natural island.

Suitable for pushchairs | How to get there: L5c, Lermandabidea/Lanzadera and Las Arenas/Mercedes stops; L6, Derechos Humanos/ Mariturri stop 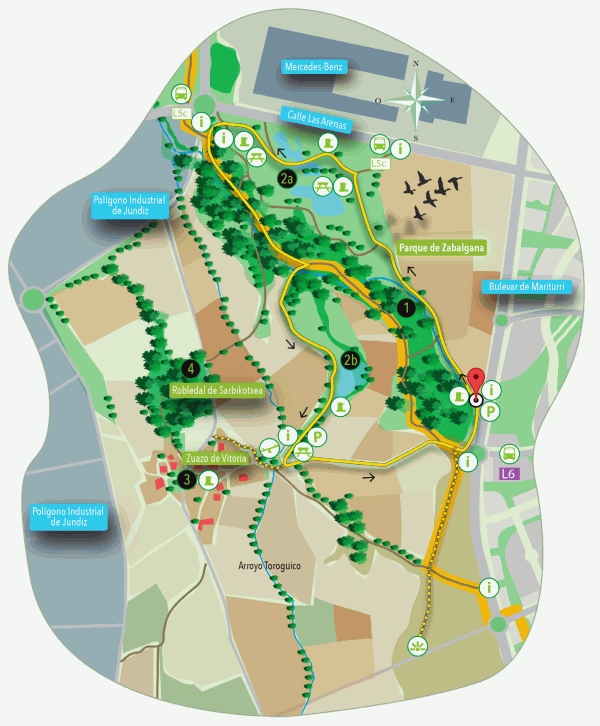