Armentia, a walk through the Armentia forest - A forest for Vitoria-Gasteiz

This pleasant walk allows the visitor to wander through the natural forest of Armentia, the antechamber of the Mountains of Vitoria, the municipality's main mountain range.

It is recommended to access Armentia on foot or by bicycle from the La Florida Park in the city centre, and located just 3 km away, following the historical path of the Senda, which runs past Vitoria-Gasteiz's main mansions and palaces of the early 20th century and which ends at the San Prudencio Basilica in the village of Armentia. 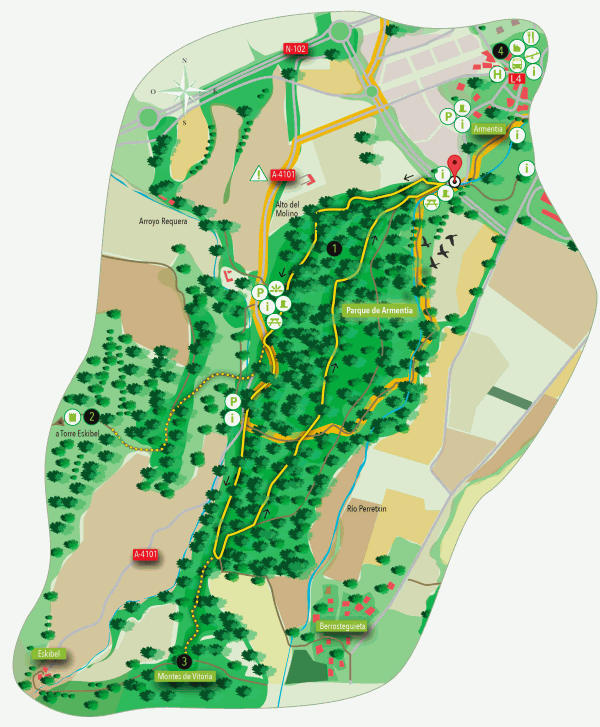 There is an extensive network of paths that run through Armentia Forest, combining pedestrian paths, cycling lanes and equestrian tracks. The main itineraries, signposted, are: the Route around the Green Belt -which, from Zabalgana heads towards Olarizu through Armentia Park-, the Ascent to Eskibel tower and the Itinerary to the Vitoria Mountains. We propose the following route: