Southern walk, from Armentia to Olarizu - Halfway between the city and the mountain

Located between the parks of Armentia and Olarizu, this path allows you to enjoy the tranquillity of the expansive rural area that extends to the south of Vitoria-Gasteiz, halfway between the city and the Mountains of Vitoria.

From the city, the walk rises gently following the course of the River Batán until it reaches the village of Lasarte, and from there, between crop fields, it approaches the Armentia forest, descending again to the city. 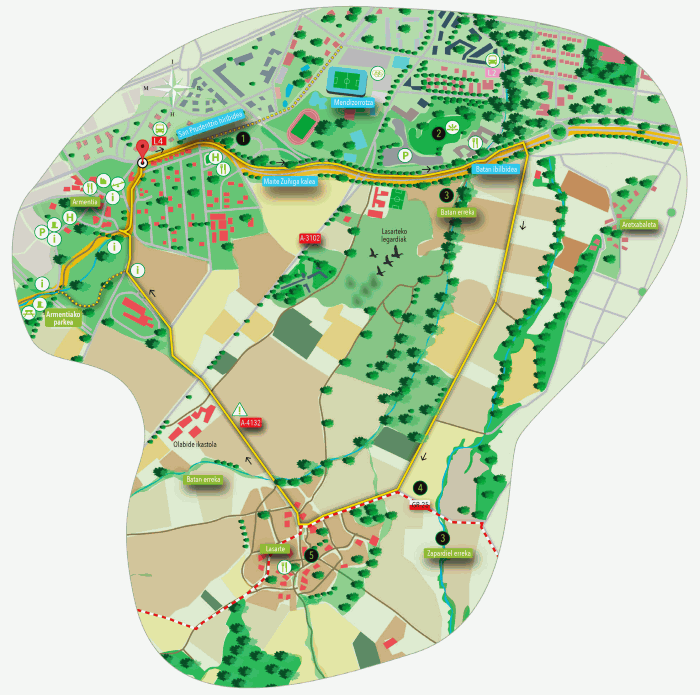