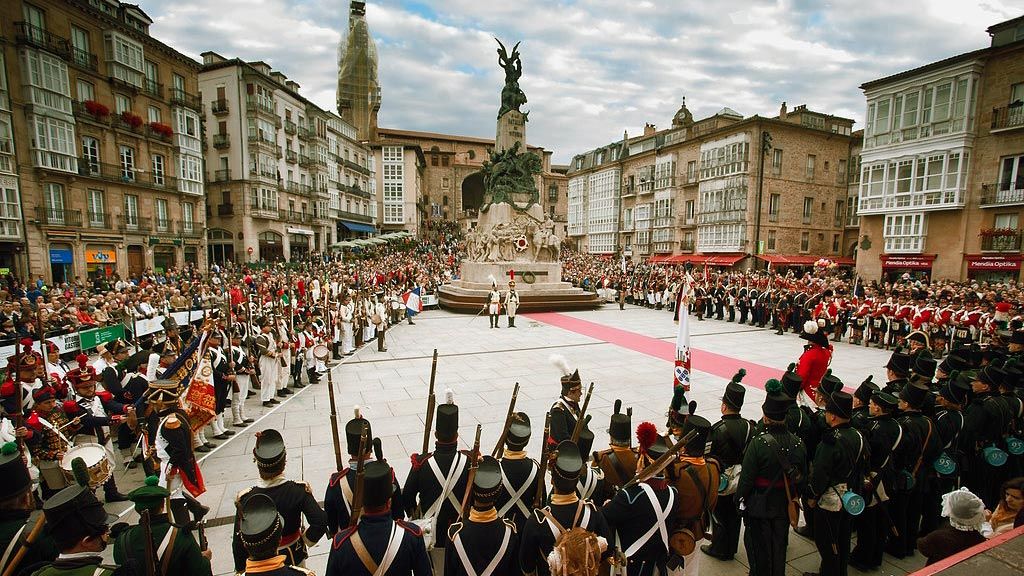 We would like to invite you to discover the scenes and characters of Napoleonic Vitoria. A small city with barely 7000 inhabitants led by an enlightened elite that drove the leap from an old market town to a neoclassic city. The Peninsular War interrupted this physical and cultural expansion and it became known throughout Europe for the transcendental battle that was fought in its surroundings.

In March 2015 the Council of Europe declared the different Napoleonic routes a European Cultural Route. This prestigious description distinguishes historical routes that help to identify the idea of Europe such as the Camino de Santiago (St. James' Way), the Ruta Flamígera or the Ruta de Carlos V. More information: www.destination-napoleon.eu | www.napoleoncities.eu