The Green Belt is a group of periurban parks of high ecological and landscape value, strategically linked by means of eco-recreational corridors.

The Green Belt is the result of an ambitious project initiated in the early 1990s, the main of which was to restore and recover the outlying areas of Vitoria-Gasteiz, both from the environmental and social viewpoint, in order to create a large, green area for recreational use around the city.

After 18 years of work on the project, during which time major efforts have been made to restore the ecology and landscapes of a number of degraded areas and to prepare these for public use, today, the Green Belt comprises 6 consolidated parks: Armentia, Olarizu, Salburua, Zabalgana, Zadorra and Errekaleor. Nevertheless, there are a number of degraded areas around the city that still require a considerable amount of work in order to restore them to their natural state. Moreover, work is still underway on the system that will link these green spaces by means of a number of ecological corridors.

Once the network of parks is complete, the Green Belt will comprise a continuous series of green spaces for pedestrians and cyclists. 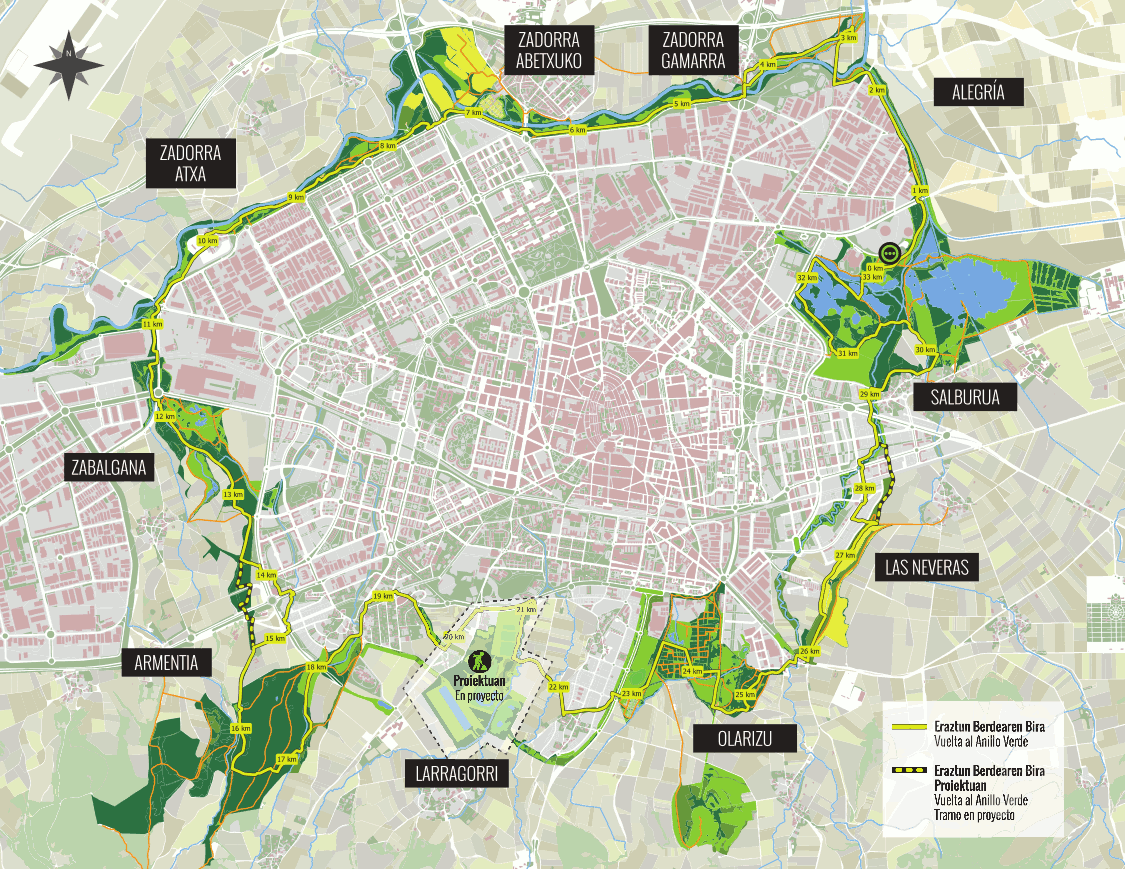 It offers a large number of different environments with a wealth of natural features. Woods, rivers, wetlands, meadows, fields, groves and hedgerows are some of the varied ecosystems that coexist in the outlying areas of the city. Some of these have won recognition at an international level for their high environmental value, such as is the case of the restored wetlands of Salburua or the River Zadorra ecosystem.

From the social and public use viewpoint, the Green Belt offers a multitude of opportunities for walking, leisure and the pure enjoyment of being in contact with nature. It is also fast becoming the ideal location for educational activities and initiatives, designed to increase the public's awareness of environmental issues.

Located just a short distance from the city centre of Vitoria-Gasteiz, the parks of the Green Belt easily accessible on foot or by bicycle through a series of recently completed urban pathways.