The Romantic Route - Tourism in Vitoria-Gasteiz

This is the social heart of the city with a large shopping centre made up of establishments of all kinds, from 100-year-old stores to a wide range of restaurants, cinemas and theatres. 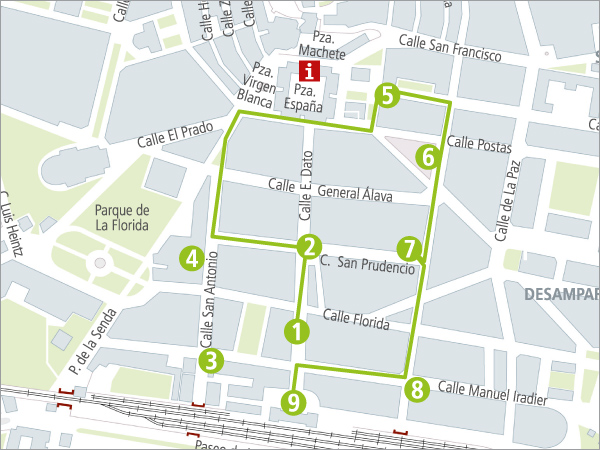