The Medieval Quarters enable visitors to enjoy the history of the city, discover civil buildings, mansions, tower houses and beautiful temples of great interest as examples of Gothic, Renaissance, Baroque and Neoclassical art. 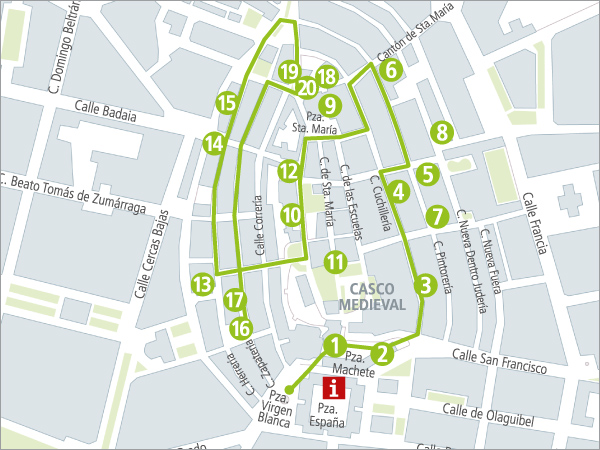 . The Old Quarter in mp3