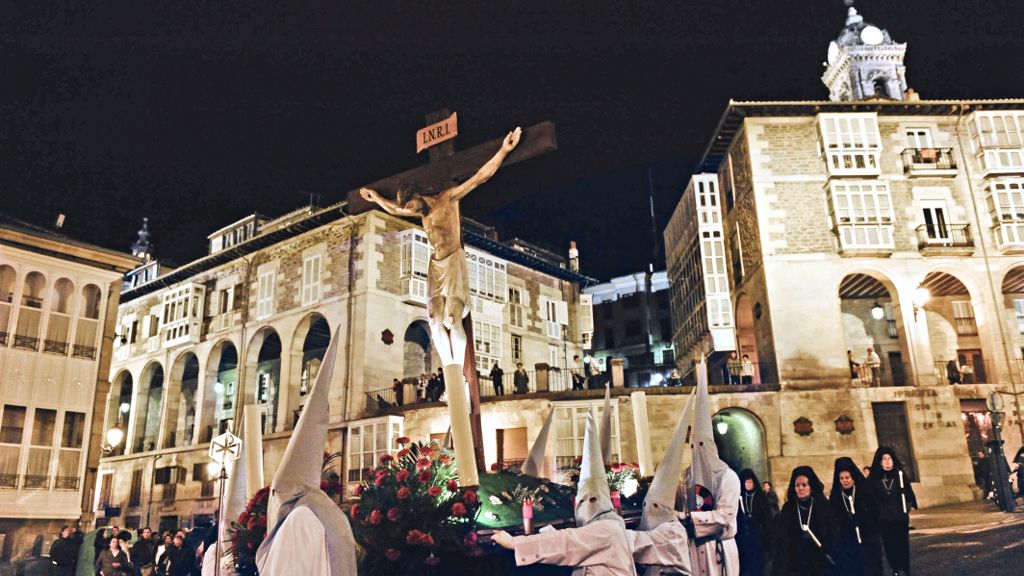 The tradition of the Holy Week in Vitoria-Gasteiz goes back to 1538, the year in which the City Council approved the ordinances of the Brotherhood of Vera Cruz. The city has been celebrating this combination of popular religiosity, history and art ever since, in the form of processions, masses or sacred music concerts. This year the general health situation has forced the suspension of the majority of the events, so we invite you to enjoy religious tourism virtually. 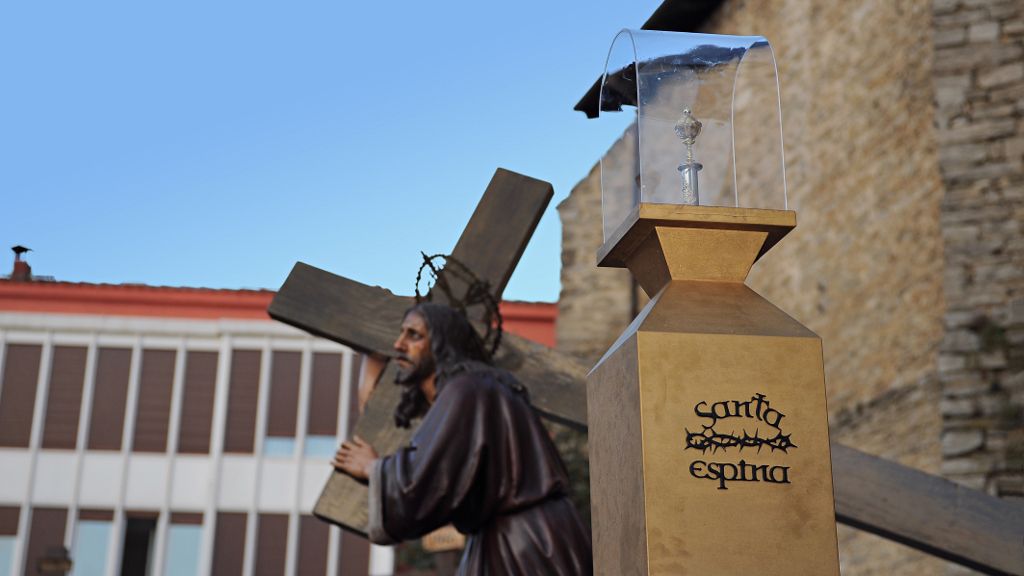 The main testimonies of this cultural heritage are the Procession of Silence (Holy Thursday) and the Holy Burial Procession (Good Friday). Among the processions, some of the highlights are the image of Christ on the Cold Stone (Ecce Homo), a Flemish carving from the end of the 15th century; the Santa Espina, a relic that has been in Álava since 1555, and the image of the Flagellation of Christ, of great artistic value. The traditional Easter programme rounds off with events such as the Procession of the Virgen Dolorosa and the Vía Crucis del Mundo, along with other cultural and wine and food offerings. 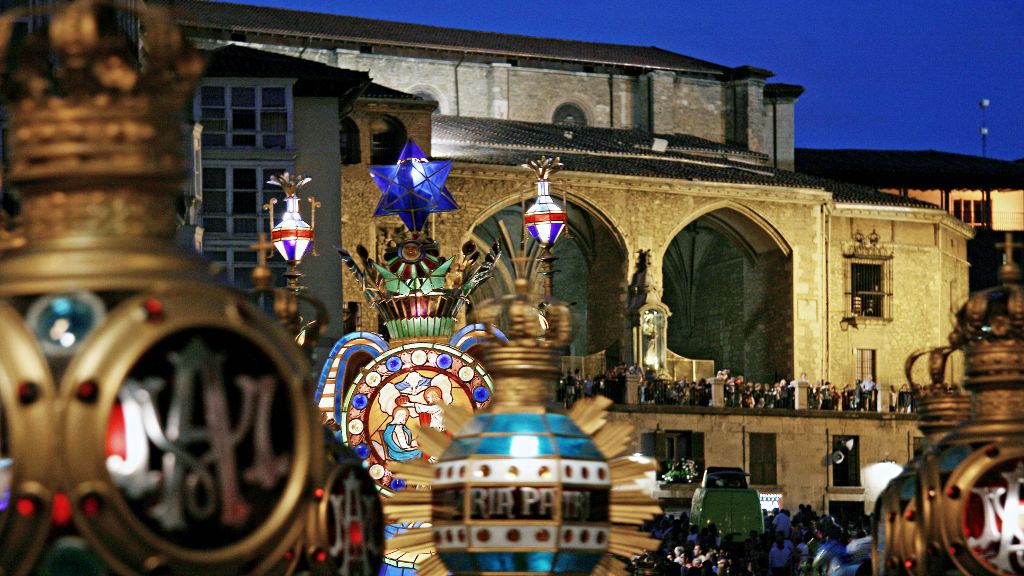 There are several testimonies to the impact of religious culture in Vitoria-Gasteiz over the centuries, among them the temples of the Medieval Quarter and other areas of the municipality. Well deserving of a special mention are the routes such as the St. James' Way as it passes through the city, the content of the Diocesan Sacred Art Museum and the Lantern Museum, or the monumental Nativity Scene that is set up in the Florida Park every Christmas. And, close to Vitoria-Gasteiz you can visit, among others, the Romanesque churches of Gazeo and Alaiza, with their mural paintings, or the temples of the medieval villas of Rioja Alavesa.