Kaixo! During 2020 we did not give up in the effort to find a favorable occasion to organize HIGA, Summit of Young Speakers of Minority Languages, but it was not possible in the end. As the months passed, we realized that in 2021 it was also going to be difficult; so we thought that there had to be another way to promote a meeting, even if it was somewhat different from the format of the two editions of HIGA, and that is how e-GA emerged.

On the one hand, it is a project contest to promote linguistic cooperation and, on the other hand, a virtual meeting in Oihaneder, on June 11, 2021. 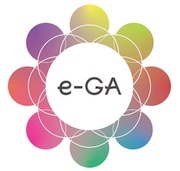 There are many languages ​​in the world, but not all of them are assured of their survival. Apart from institutional policies, it is also essential to promote activism from civil society. In this sense, the youth will be the social group that will promote linguistic revitalization. In this globalized context and to respond to this challenge, solidarity and collaboration between the different young people of the linguistic communities will be fundamental for the future of languages.

Videos, blogs, networks, biographies... e-GA has made known the awarded projects and other projects presented.

Videos of the meeting