Route around the Green Belt - An itinerary around the periurban parks 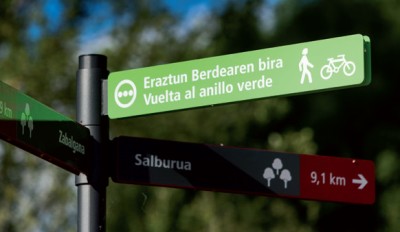 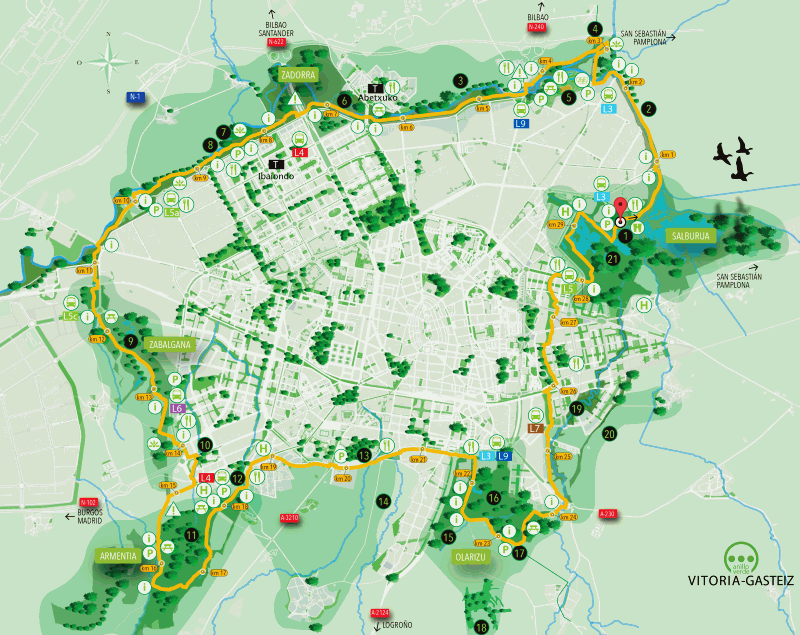 The Route around the Green Belt of Vitoria-Gasteiz is a circular route 30.8 km in length that surrounds the city, passing through and linking all the parks that form the Green Belt.

The Route can be easily accessed from any point within the city, and from the Route, the rest of the walks of the Green Belt and other itineraries, such as the old Basque-Navarrese Track, the Peña Betoño Track, etc.

The route is of medium - low difficulty, suitable for families as well as for people more accustomed to sports activities; a perfect scenario to travel by bicycle, on foot -by sections or stages- or to practice jogging.

Throughout the Tour you will find locations of environmental and cultural interest, as well as resting areas, fountains and vantage points where you can have a break. The more urban section also allows you to enjoy cafés or shops just a few metres away from the path.

The Route is signposted with directional posts, Green Belt markers -identifiable by three green points- and information panels which will help you to follow the path. We propose that you start the itinerary in Salburua, at the Ataria Interpretation Centre, and continue in a counter-clockwise direction, passing through the parks in the following order: Salburua-Zadorra-Zabalgana-Armentia-Olarizu-Salburua.