Route of the 4 towers - Tourism in Vitoria-Gasteiz

Next to the Santa Maria Cathedral, the towers of the churches of San Miguel, San Vicente and San Pedro make up the profile of four towers, the city's best-known silhouette. 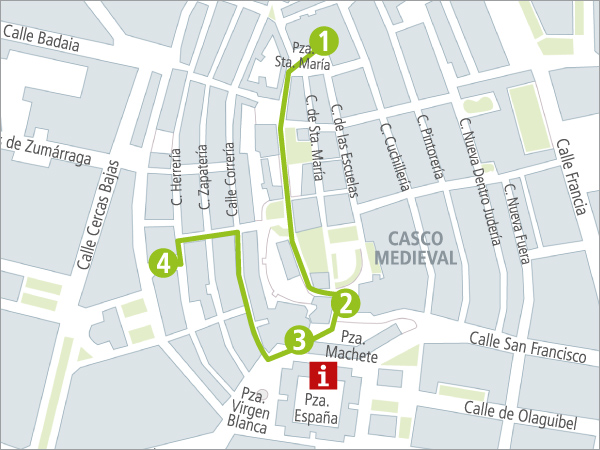