This is one of the most beautiful promenades in the city. More than 3 km of pedestrian precincts that link and the city centre with the residential area of Armentia, containing the Romanesque basilica of San Prudencio. 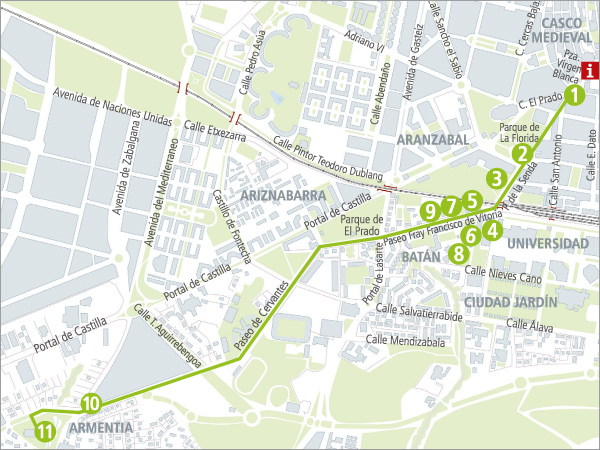