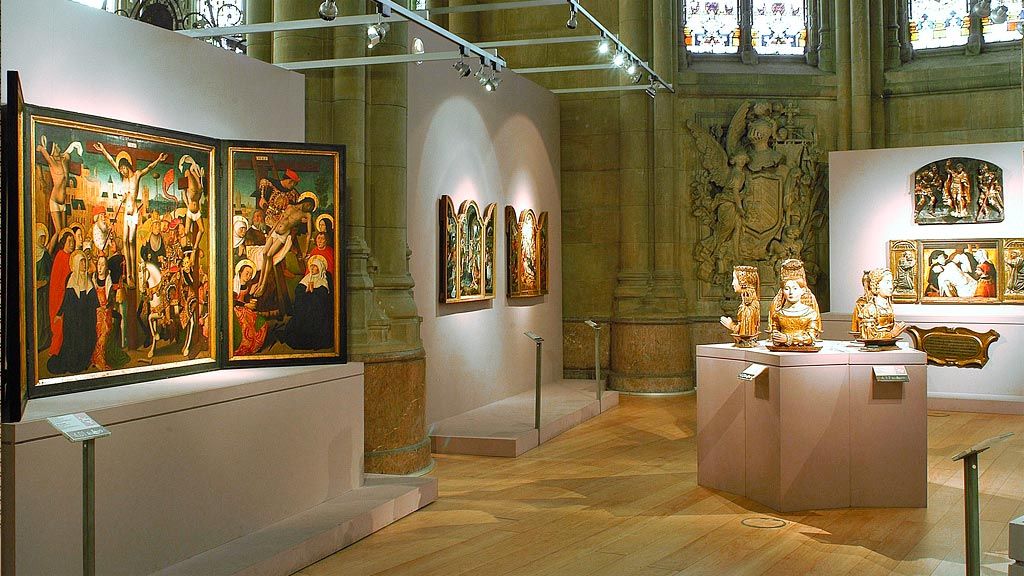 The Museum of Sacred Art is located in the New Cathedral, a neo-Gothic building the construction of which began in 1907; came to a halt between 1914 and 1946; and which was consecrated in 1969. Its inside space is open and it has five high naves which are illuminated by magnificent windows from the Maumejean stained glass company. The spiritual element and the museum coexist in the temple as the chapels of the ambulatory form the museum’s rooms. 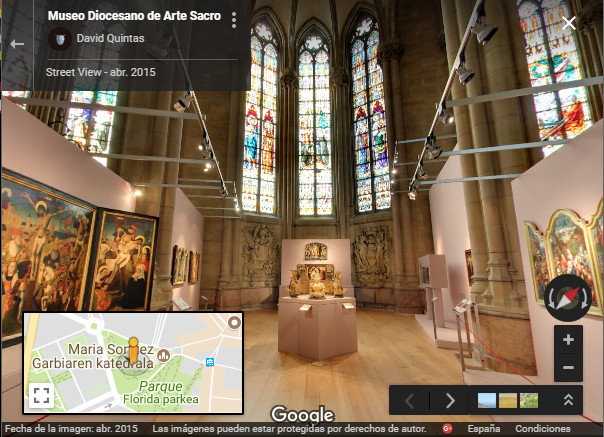