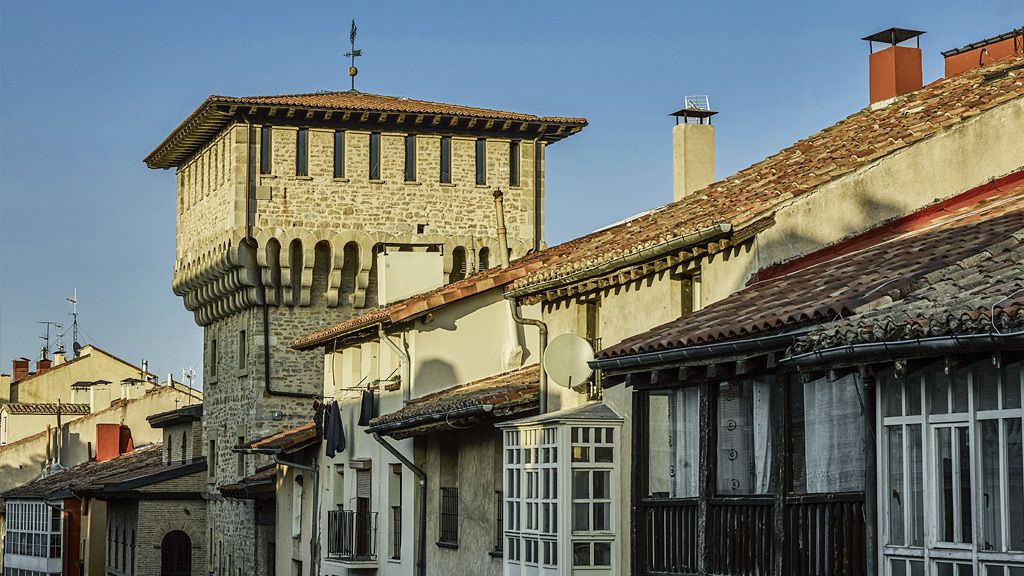 You will find this museum in the Torre de Doña Ochanda, a 15th century fortified house which formed part of the city's walls in medieval times. The house was reconstructed in the 16th century by Don Andrés Martínez de Iruña who named it after his daughter, Doña Ochanda. The first floor of the Museum is given over to the world of geology, including a large number of pieces of amber, many of which contain insect inclusions. The second-floor contains the Museum's botany and zoology sections.

This house was one of the first houses that had defended the city; date from the early Fifteenth century. The current palace was built in the sixteenth century.

The ground floor houses a permanent exhibition on the archaeological sites of amber dating from the Early Cretaceous Period in Alava, one of the most important palaeontological sites in the world.

On the first floor, the most significant fossils in Alava´s Mesozoic seas can be found, as well as an important collection on the 20th- century Spanish mineralogy.

The second floor hides those elements typical of natural areas in our region, both from a botanical and from a zoological point of view. Finally, the Museum offer is completed by the temporary exhibition hall, with several montages of current issues.